My life as a model

I started my modelling career in the early 90’s in Madrid, Spain. It was really a gift to me for I thought about it many times as a younger lady. A famous photographer in Madrid opened the modelling world for me and I did it till 2009. I worked for a few famous agencies and the best thing; they knew my secret but the clients didn’t! Did fashion week, catalogs and runway. Then I went freelance after a few years of working for the agencies. Made more money and didn’t answer to anyone but myself. 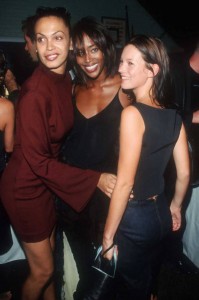 In 1996 I met a French couture gentleman who worked as an embroiderer, he did high fashion couture dresses to die for! He made me a few beautiful dresses because not only was I modelling I also worked as a hostess for the Madrid nightlife and became a Night Club diva, Lol, public relations and show woman. Anyway on April 9th 1997 the French gent told me about a fashion show at this spectacular club in Madrid he told me there would be lots of politicians and VIP’s, he wanted me to close the show as a bride! But the designer he was doing the clothes for heard of me being in her show and didn’t want me in it. This woman is a very well-known person in Spain, she is actually Franco’s the dictator of Spain’s granddaughter. The French gent had a meeting with her and her staff and he explained to her that if I didn’t close the show as a bride he would not participate; I was in! The runway was awesome and my closing the fashion show as a bride with an amazing haute couture dress wedding gown was eyeopening for everyone. When we all finished I was backstage changing to go to the after party and the designer came to me with my French gent and she apologized to me. Met a lot of VIP’s in the modelling world, but sorry can’t mention any names! Lol! Had a lot of fun, the only thing I didn’t like was keeping my weight at a certain number.

Once in the mid 80’s in a club in NYC I was with a few friends and out of nowhere Marc Jacobs approached me to tell me how incredible I was! I asked him why it was not possible for a transgender girl to model and he said if it was up to the designer it would not matter but it was up to the modelling agencies, but he did say that Europe is a different story.

And he was so correct. We are friends till today.